Grace Prioux, 10, recently published the book, "I Am Cuddles," a story about her journey to earn the money to purchase her very own pet. (Mike Tobias/PNGISD)

There was no way Grace Erin Prioux was going to get a rat.

The 10-year-old Port Neches Elementary fifth grader wanted another pet — an outdoor pet — but already lived in a full house with two dogs, her parents and a younger brother.

She had researched rats, though after discovering how “unsociable” they could be — and at the urging of her parents, moved on to other options.

That’s what led her to Cuddles, her Guinea pig — and the namesake of her newly-published book, “I Am Cuddles.”

The book tells the story of Grace and the work she put in to purchase her own pet. What prompted her to write it was the lack of fiction books she could find about Guinea pigs.

“Usually, you see books about Guinea pigs with facts in them,” Grace said. “Whereas this one is fiction, so I thought it’d be a fun story to write.”

To attain Cuddles, Grace’s parents allowed her to earn money by doing chores to others in her neighborhood, such as sweeping or raking leaves. Little by little, Grace earned the money to purchase a Guinea pig just before her fourth grade year began in 2019.

“Grace has always had an outgoing, confident attitude,” Erin Prioux, her mother, said. “From a very early age she’s always seemed driven, which is something I hope sticks with her through adulthood.”

“When she sets her mind to something she is passionate about, like in this case a new pet and writing a book, she’s on a mission. Her two favorite things in life are animals and books.”

Grace cares for Cuddles, which lives in a cage in her room. After hitting it off with her new pet for a few months, Grace began to put her experience into words, completing the story in November 2019. The publication process led the Prioux’s to Pennsylvania-based Christian Faith Publishing.

“It took a while,” Grace said. “It took a lot of emails back and forth so I’m really happy to finally get it published.”

The 22-page book is complete with her story and illustrations, which were made by the company based off of actual photos of Grace and Cuddles.

She received her first copy recently, ecstatic to hold something she worked hard to create.

“(When I first saw it), I was like, ‘Look, my name is right here!’” Grace said of the cover. “It felt really good, because I finally accomplished my dream of writing a book. I read it straight through once I first got it.”

“I am so very proud of Grace,” Richard said. “She worked hard on the journey to have her book published and that hard work paid off. Our class has celebrated her accomplishment and have used her as an example to encourage other students to keep reaching for the stars.”

The book, “I Am Cuddles,” retails for $13.95 and can be purchased on both Amazon and Barnes & Noble’s websites. She’s held several readings at PNE already and plans for a book signing are in the works.

As for her friends and classmates, they share Grace’s excitement at what she’s accomplished.

HOW TO PURCHASE "I AM CUDDLES" 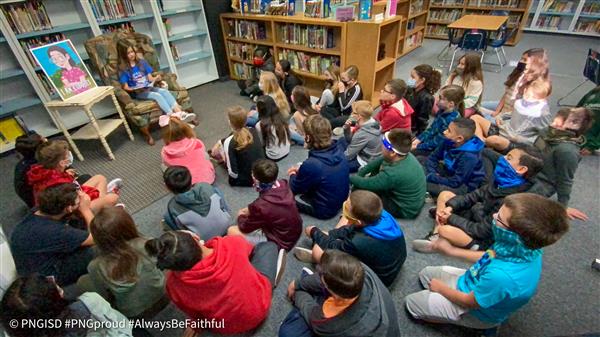 Grace Prioux, 10, read her book, "I Am Cuddles," to her fifth grade class in the library at Port Neches Elementary. (Mike Tobias/PNGISD) 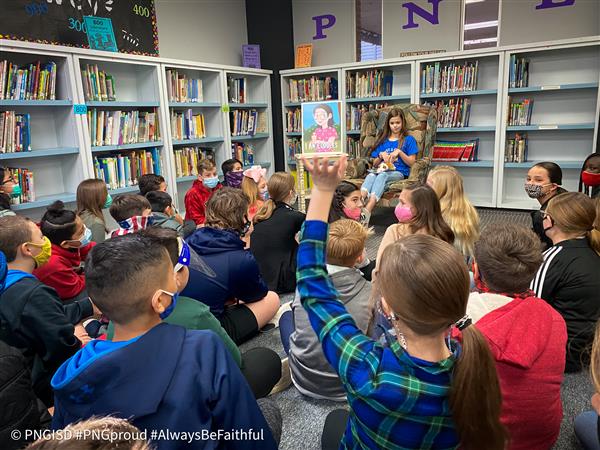 Grace Prioux, 10, answers questions from students after reading her book, "I Am Cuddles," to her fifth grade class in the library at Port Neches Elementary. (Mike Tobias/PNGISD)